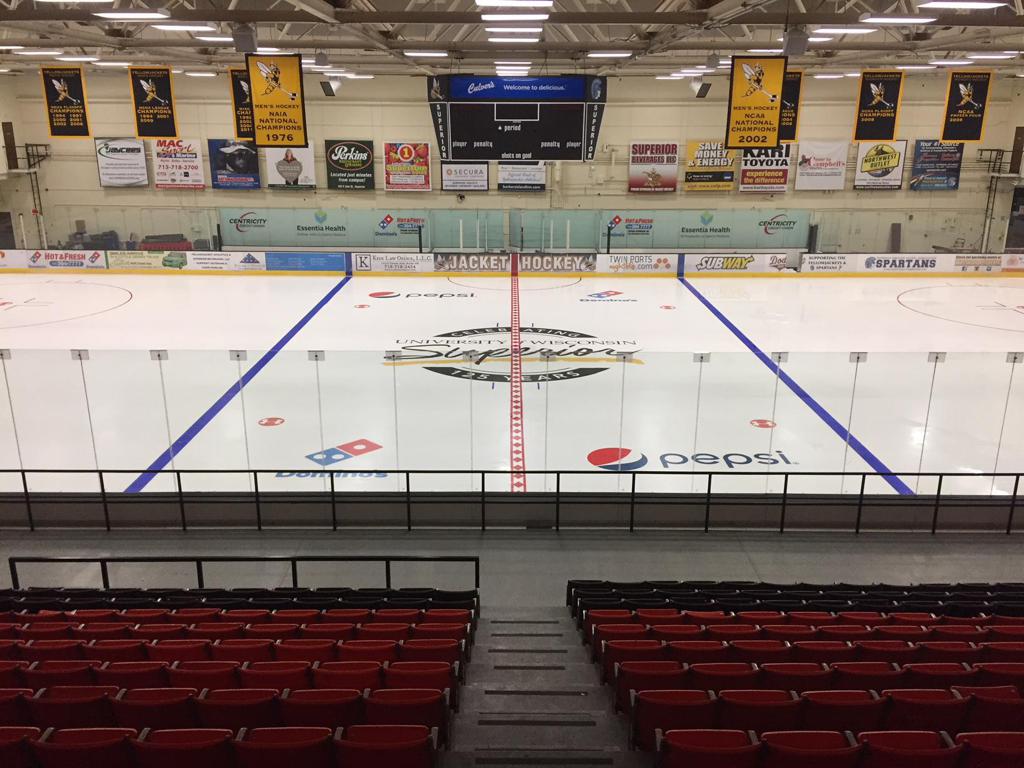 Located on the south end of the UW-Superior campus, Wessman Arena is the home of the UWS men's and women's hockey teams as well as the Superior High School boys hockey team. Built in 1969, Wessman Arena is still regarded as one of the top Division III hockey facilities in the nation. Recent renovations include new boards and glass, new icemaking equipment a new floor and a new sound system. In 2006, a $1.1 million locker room addition was constructed.  Wessman Arena served as the site of the 1994, 2000 and 2007 NCAA Division III Men's Hockey Championships as well as the 2013 NCAA Division III Women's Ice Hockey Championship. Seating capacity is just over 1,300.